Takehara :
I share this commitment. Posting record high operating income is not something we can achieve simply by heading forward on our existing path. We first must expand current sales and then dedicate ourselves to contributing to increased sales from new businesses. As manager of the Taiwan Region, I will work to further increase sales of the locations I manage.

Saito :
I too want to commit to achieving record high operating income. The Medium-term Business Plan is also an expression of our commitment to move toward becoming a comprehensive chemical company so I want to plant seeds that support this goal. I am manager of Korea Region, where the manufacturing and sales of PWB materials accounts for nearly 100% of our business. Moving forward, we will strive to capture potential sales in the electronic materials field. Also, we will foster lots of self-sufficient personnel in order to make the Medium-term Business Plan something more concrete.

Morita :
As manager of the China Region, which is our production center for products to customers in Asia, I believe that achieving sales goals is our mission. Looking at the fields of medical care, pharmaceuticals, and food in which we are developing new businesses, I believe there is much potential in China so I want to focus on business expansion in these areas as well.

Miwa :
I think developing self-sufficient personnel is critical to our company development. Over the last few years, we have been able to secure a certain level of elite self-sufficient personnel but moving forward we must further discover and develop unique human resources and create opportunities for their utilization. The current Medium-term Business Plan discusses our path as we strive to be a comprehensive chemical company but simply expanding existing businesses is not enough to achieve dynamic growth. We also will promote M&A in various fields. 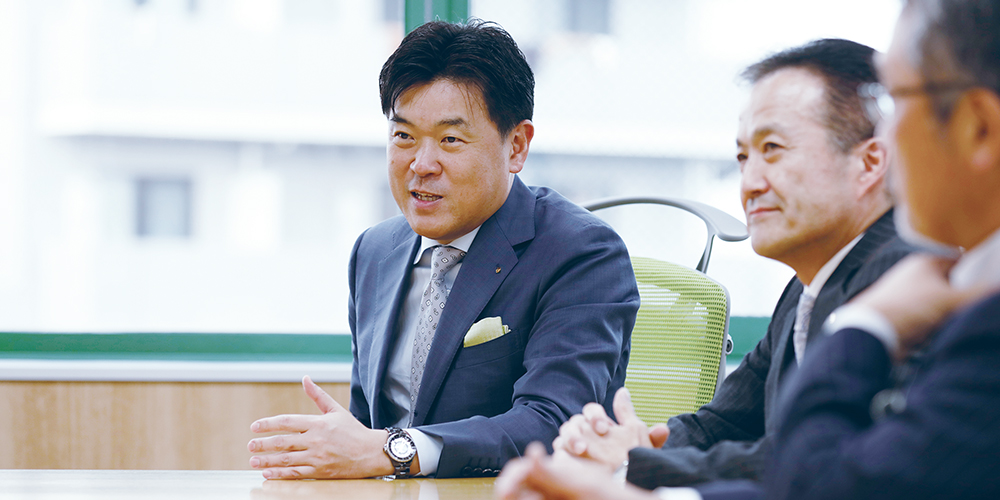 Sato :
We are identifying energy, food, and medical and pharmaceutical businesses as the new businesses that will be our foundation as a comprehensive chemical company. Among those, I particularly want to focus on the medical and pharmaceutical businesses. In the next three to four years, I expect this will grow to be a second growth pillar. I think energy and food will require a span of 10 to 20 years and want to take the time to develop them into highly profitable businesses.

Miwa :
I also believe energy is very important. But the energy business can be influenced by laws and national interests rather than the quality of the technology itself, which can make it difficult to conduct business on the same level as suppliers. However, I think that tying the environment and food to regional energy and conservation activities will lead to big business in the future.

Takehara :
The foundation for this will be the Ranzan Floating Solar Power Plant, which undertook the challenge of building floating mega-solar plant. Our factory is also located in Ranzan so I think the first step is to establish a situation where all energy needed for operations is provided by our own power plant.

Sato :
I want to achieve that in around three years. Talking about new businesses at overseas locations, I have great expectations for the food business in China. Currently, Taiyo Green Energy is proceeding with plant factory tests and we are considering local management as well as cultivating in Japan and then exporting produce expected to see large demand. In fact, vegetables sold by a Japanese general electric machinery manufacturer are being sold for a high price so this possibility also exists for vegetables produced under the Taiyo Holdings brand.

Morita :
Presently, consumers in China are voicing growing concerns over food safety. In that sense, vegetables produced in Japan have an advantage due to reliability among consumers. If a high level of safety can be guaranteed, products can be sold at high prices. This also applies to pharmaceuticals so there is significant potential for markets in which competitors are not engaged. Looking at our existing solder resist (SR) products, in just a few years China has seen significant growth even among competitor manufacturers. We need to watch the market with a sense of urgency to ensure we do not allow competitors to take the lead when we see the next technical innovation. 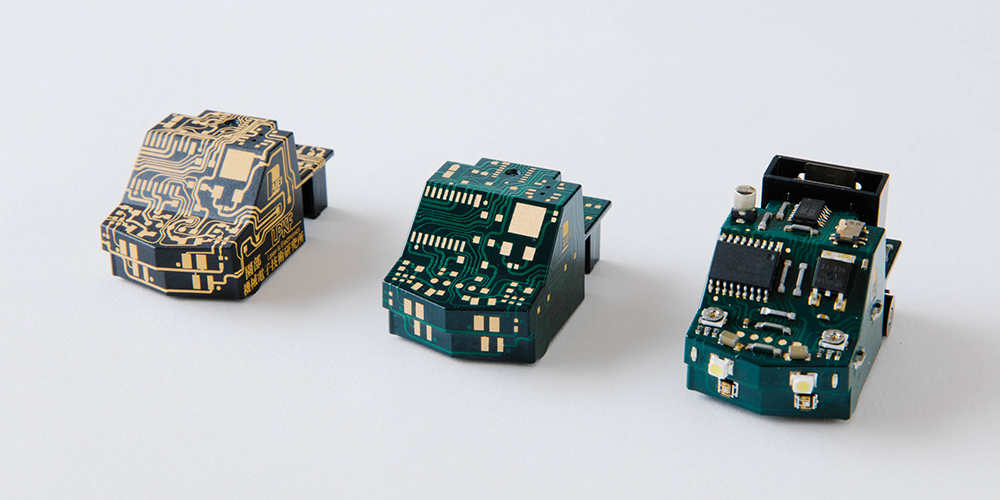 Sato :
For both new businesses and existing businesses, how we expand business will need to involve reading global trends. Looking at technical innovation with SR, it will be vital that we are prepared for the expansion of circuit materials based on printable methods such as 3D printers. A lot of attention is paid to 3D printing but we are more than capable of engaging in the development of a durable, fast-setting SR for use in 3D printing.

Miwa :
As opposed to mass production, 3D printing is increasing its presence in domains requiring custom production such as figures, special effects makeup, and prosthetics. If we are to engage in this field, I can imagine a scenario where we target a major market that involves both 3D printers and medical care. As we look to the global market, we need to be more engaged with semiconductors, which are the source of technical innovation. Over the next 10 years, China’s semiconductor industry is expected to explode. The arrival of the device that replaces the iPhone, robots and autonomous driving made possible through IoT. The dissemination of these products and development of semiconductors are proportional.

Takehara :
Looking at technology innovation in the SR domain, the growth of SR for inkjet printing has been profound but we also are working to improve the added value of existing products. In particular, we are focusing on increasing sales of automobile SR and SR for flexible boards. With SR for automobiles, it is easy to make numerical growth projections but there is also still significant room for growth in SR for flexible boards. Also, in the steering committee based on the capital partnership with DIC, which possesses core technology related to organic pigments and synthetic resins, we will need to think about what kind of synergy we can generate. We also are evaluating the possibilities for inkjet and molded interconnect devices (MID) that combine the latest technical innovations. DIC is advancing with overseas expansion as a global company and they have idle plants and equipment. I want to take advantage of resources that align with our technology. For raw materials as well, we want to conduct batch procurement as a way to reduce costs.

Saito :
We are mutually engaged in the production of similar products but there were cases where we had different specification definitions. As such, I think it will be important to align definitions when conducting joint development. These differences in technical approaches will lead to new findings and discoveries, which can be expected to produce even greater synergy. 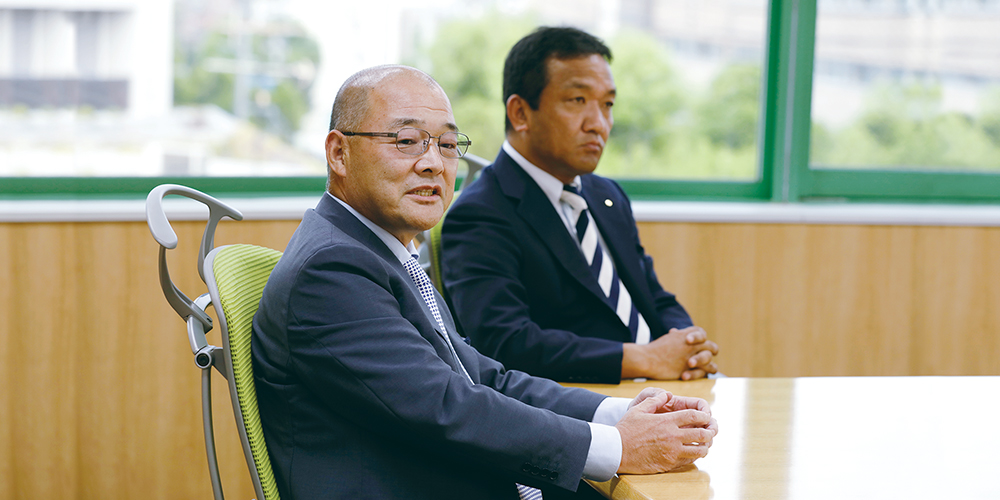 Sato :
In the electronics industry, in particular the ranking of semiconductors is changing dramatically. As we face a paradigm shift, achieving further growth will require that we focus not only on the production of conventional parts and materials, but that we also embrace new material development to forge our own path and lead global industry. And achieving this will require that we foster the development of human resources with unique creativity. I believe this will be the foundation that supports our growth. As business manager, this is a personal goal that I also believe will contribute to both our earnings and the overall development of our society.

Saito :
In the field of semiconductors, China will be at the forefront moving forward. There are many things we can still do to expand existing business. Taking aggressive action in those areas will require that we foster the development of many independent human resources who will support our continued growth as a company. In that sense, we must work towards organization development that ensures we possess leading potential so that we are never in a position where our technology falls behind that of our competitors.

Morita :
There are three routes for hiring personnel in China: hiring locally, hiring locally and having them work in Japan, and hiring Chinese workers in Japan. Currently, we have around 30 people employed with the head office. As a ratio, approximately 20% of workers are foreigners. We are implementing initiatives that will enable us to utilize these personnel locally. Rather than fostering the development of self-sufficient personnel from among the local management system, we are fostering personnel in Japan with an initial focus on developing independent thinkers. From evaluations of wage levels to workstyle changes, we are committed to being a company that is attractive to personnel with high potential, both in Japan and overseas.

Miwa :
Some say that one day self-learning AI will surpass humans. What elite human resources have in common is their high capacity for learning but AI is especially adept at this. Furthermore, the creativity our company requires can be defined as the ability to combine objects. This is another area in which I think AI will surpass humans. As such, companies that effectively incorporate AI into their research will come out on top. Then, what is it that only humans can do? I believe this is expressing the will to create something or achieve something. For this reason, I believe elite personnel equates to people of superior will. We must be a company that discovers people of such superior will and as a company we must create a platform that enables such personnel to fulfill their wishes. I want to entrust our future as a comprehensive chemical company to such personnel. 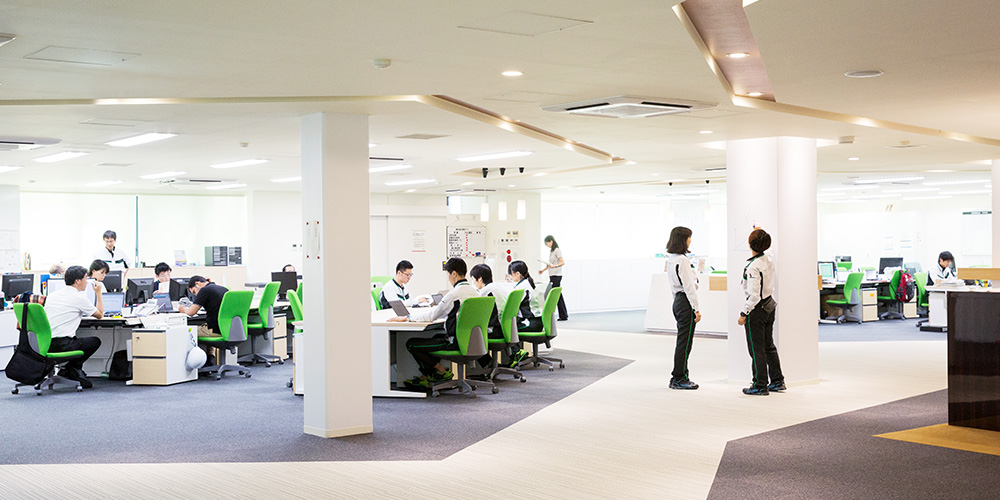 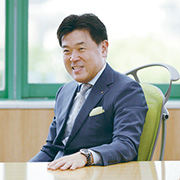 Auditor of Taiwan Taiyo Ink in 2001. Assumed role of director at Taiyo Holdings in 2008. Became executive officer and Group CFO in 2009. President and CEO since 2011. 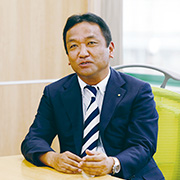 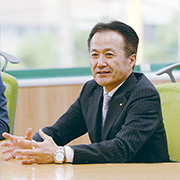 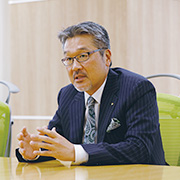 Established Taiyo Ink (Thailand) in 2001. Became representative director and CEO of Taiyo Ink Products in 2015 and Taiyo Ink Mfg. (Korea) in 2016. Became a director of Taiyo Holdings in June 2016. 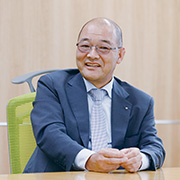