From energy consumer to producer

People’s lifestyles are largely dependent on energy from fossil fuels, the use of which has helped to expand the Japanese economy through the consumption cycle of mass production, mass consumption and mass waste. Meanwhile, many grave problems have arisen in recent years, including global warming.

It would be difficult to escape from the reliance on fossil fuels anytime soon, but we have decided to start with what we can do now by working on the establishment of a floating mega-solar power plant. We believe it is our company's duty to tackle problems by producing energy ourselves. In December 2014 we established Taiyo Green Energy to operate the facility, thus kicking off an environmentally-friendly power generation project using the energy of the Sun.

Building a mega-solar plant on the water

A floating mega-solar power plant would seem to be many times more difficult to build and operate than a facility on the land. Despite that fact, the reason that we selected a floating mega-solar power plant was that the large areas secured in wetlands and retention basins, providing the technical hurdles posed by the construction can be overcome, are ideal locations for the generation of solar energy in a sunlit area. Another motivating factor was that compared to a land-based facility, a solar power plant on water has the advantage of 5 to 10 percent greater generating efficiency due to the cooling effect from the surface of the water.

The local government (Ranzan-machi, Hiki-gun, Saitama Prefecture) is also providing support, and construction began in 2015 at a retention basin rented from the town. The first problem to resolve was how to fix the solar panels in place. Controlling their position was critical because the water level fluctuates with the season and the wind could move the panels. We conquered this difficulty by placing the platforms sitting above the water on polyethylene floats and holding them in place with wires connecting to anchors driven into the bottom of the basin. This construction method allowed us to build the power plant while preserving the retention basin's rich natural surroundings.

The Ranzan floating solar power plant, which generates 1,153 kilowatts by means of 4,522 solar panels, was completed in September 2015, and it began producing power in October of the same year. We estimate the facility will cut CO2 emissions by around 400 tons a year. In conjunction with the opening of the floating mega-solar plant, we donated a battery-equipped solar power facility to a publicly owned management center at an industrial park. This management center also serves as an evacuation shelter for up to 150 people in the event of an earthquake or other disaster, and now it can use the power stored in the batteries and produced by the solar panels to remain operating even in a long-lasting blackout.

By establishing Taiyo Green Energy, the Taiyo Group has taken a step toward transforming from an energy consumer into an energy producer.The Group will continue to endeavor to reduce its environmental impact and to contribute to local communities by maintaining its efforts in the business of renewable energy. 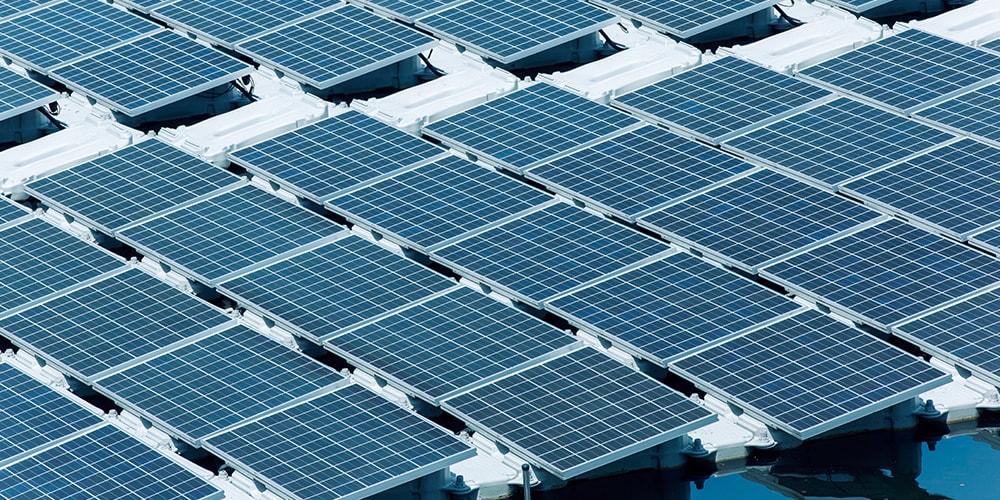 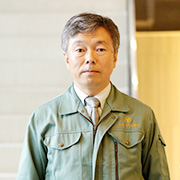 Mr. Tomobe joined the company on January 1, 2015 after gaining experience in R&D, engineering management and internal auditing. He later worked on planning and executing the construction of the floating solar power plant. Mr. Tomobe is also involved in operating a Plant Factory.