In the past few years, smartphones, tablets, digital cameras and other devices have rapidly improved in terms of advanced functionality and miniaturization, and the needs of customers have continued to change. One product that is meeting such needs is dry film-type solder resist (dry film SR), which is increasingly in demand. For a long time, the most common type of SR has been liquid-type SR, but dry film SR is expected to be used in the next generation of smartphones and other devices as it has special characteristics that make it compatible with fine circuit patterns, and due its ability to reduce manufacturing processes. However, as the Group had fully outsourced production of this product, we did not have an integrated production system for dry film SR. Then, in 2013, in order to be able to flexibly respond to the rapidly changing needs of customers, we established a mass-production system for the in-house production of dry film processes utilizing the technological know-how acquired by the Group.

No experience. Development from scratch.

First, we constructed a "pilot line" in order to establish a small in-house production system. The greatest hurdle at this point was "consistent thickness." The thickness of dry film SR ranges from 10 to 50 microns, and the deviation must be kept to within 1 to 2 microns. As even minor human contact with the machine can cause tiny distortions, we aimed to achieve consistent thickness by carefully making a series of minute adjustments.

If dry film processing can be compared to a swimming pool, a bubble the size of a small leaf floating in a 25-meter lane would ruin everything. Bubbles can be prevented from occurring by maintaining the target thickness. Although conventional experiments are conducted after establishing predictions, we had to work with absolutely no experience, which meant that this challenge required a huge investment in terms of time, but the know-how we acquired proved to be extremely useful from day one in starting up film production lines in mass production plants.

Building a system to give customers a steady product supply

We completed our dry film plant in Kitakyushu in October 2015. We had reasons for selecting Kitakyushu as our new production center. The first was our BCP (business continuity plan). Kitakyushu was seen as an optimal location because it provides convenient access to South Korea, Taiwan and China, where we have many customers, and it is at low risk from disasters such as earthquakes. This ensures a stable supply of products even if there is an emergency at the Taiyo Ink Mfg Head Office. Another reason was to restore Japan's technological prowess. In terms of cost, it may be better to build a new plant overseas, but we chose Kitakyushu because we really want to show the world what Japan can do with technology. We are proud that technologies that manufacturers in other countries cannot imitate are being globally distributed from Kitakyushu. As we continue to implement our BCP, we will keep working everyday in order to improve our technological capabilities and to sincerely address the needs of customers. 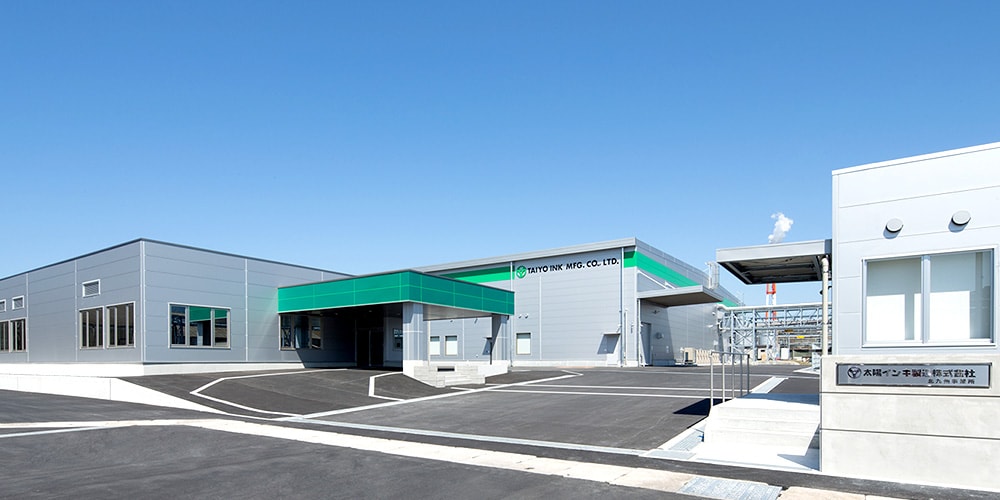 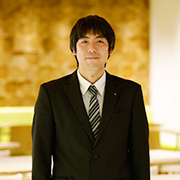 After working on the development of liquid solder resist, Mr. Akiyama joined the dry film project, where he set up a pilot line with members from various other departments. Since September 2015, Mr. Akiyama has been moving projects forward as the leader of the Kitakyushu Plant's Technical Group.