Smartphones, laptop computers and all those other electronic devices that are so essential in our lives, are built with "printed wiring boards (PWBs)." "Photoimageable solder resist (SR)," the Taiyo Group's chief product, protects the wiring in "PWBs." SR primarily used to be green or blue, but one of our clients asked for a "black photoimageable SR (black resist)." Today, smartphones that are used and loved by people all over the world contain this new technology. However, black resist had never been deployed on a global scale before, and it was thought to be impossible to implement this product in a short period of time. Even so, we had only one year to get it done. We thus embarked on the challenge of creating the product within this tight deadline.

Even in making the simple change in color from the usual green to black, there were several issues to be overcome.

The first issue was "color and light compatibility." A photographic development technique called "photolithography" is used in circuit patterns using photoimageable SR. The SR is made into an insulator film by applying a photosensitizing agent (SR) to the substrate, which is then partially exposed to ultraviolet light, while the remaining unexposed areas are developed. A green SR is unproblematic, but black absorbs light, which makes it difficult to attain the solidity required for the special characteristics of SR because the ultraviolet light does not pass all the way through. A further problem is that "you cannot expose the material to regular light when the surrounding air contains oxygen." Exposure in an oxygen-free vacuum can be enabled using negative film and a conventional contact exposure machine, but the customer’s requirements for this project included the mass-production of elaborate patterns with accuracy in an atmosphere containing oxygen by means of digital exposure processing.

After a lengthy process of trial and error, we felt we had the answer when we completed a material that had been hardened under a small amount of light. We were able to reduce the 1,000 mJ/cm2 of light quantity commonly used to produce conventional black SR down to 100 mJ/cm2, which delighted the client. It was thought that there would be a great need in the future for the production of such a high-performance material that does not use a black coloring agent, so we worked together with materials manufacturers in order to develop this technology as quickly as possible. Another reason for our success is that the technical know-how acquired in the development of black SR has been patented and we are the only ones in the world who can produce high-quality black SR.

A year on from the start of planning, black SR had been realized as a commercial product, and people now have access to smartphones carrying black SR manufactured at our production center in Japan. Production has continually increased as the same manufacturer has added black SR to more devices, including tablets and portable music players. Our company’s black SR has also become widely used in markets outside Japan. The Group will go on tackling the challenges of technological innovation in order to keep a step ahead and to put out new products and values. 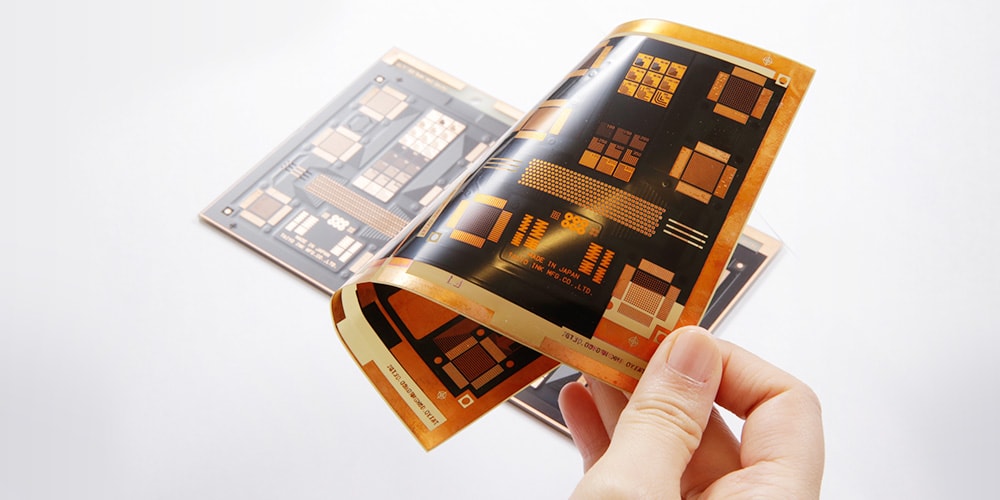 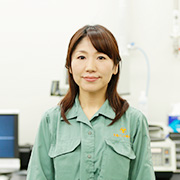 An engineer who has worked in materials development since joining the company, Ms. Ueta has worked on a range of solder resists for rigid substrates, flexible substrates and more. Six years ago she was in charge of the project presented here. As of 2015 she is developing dry film SR for IC package substrates.